Climb With Charlie partners with Dunnes Stores to raise funds 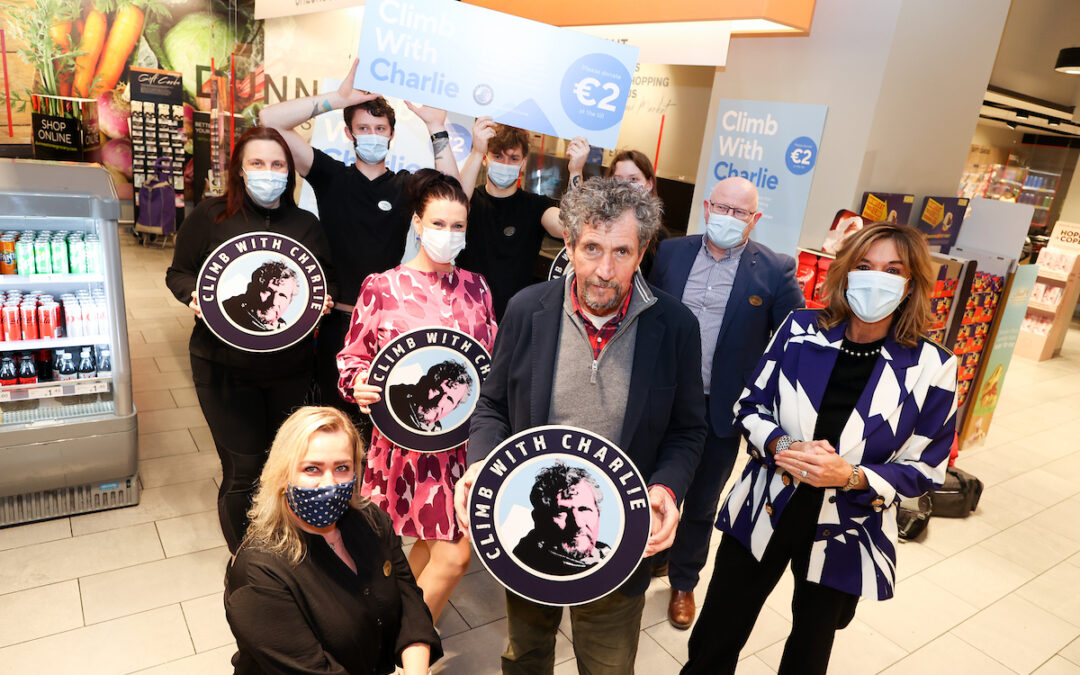 From Thursday 31st of March to Sunday 3rd of April, Dunnes Stores customers across Ireland will be asked to add an extra €2 to their shopping. Donations which will go straight to the Irish Motor Neurone Disease Association and Pieta House.

Commenting on the launch of the Dunnes Stores partnerships, Charlie Bird said; ‘’ I am so delighted to have the support and backing of Dunnes Stores. It is an amazing gesture of support and solidarity for me and my family. I know that every single euro donated will go to the two charities that are so close to my heart. So to all the people at Dunnes Stores thank you so much for what you are doing to support me.’’

Charlie Bird will be climbing Croagh Patrick on Saturday 2nd April to show support for everyone who has to climb their own physical and mental mountains in their daily lives. People from all over Ireland are being asked to support the campaign in their own local area, be it climbing a hill, mountain, a flight of stairs or even a short walk.

Supporters can register their own fundraisers, make donations or find out where to join local climbs on www.climbwithcharlie.ie.

Charlie is encouraging people to climb or walk in their local area, be it climbing a mountain or a short walk in the local park, and to keep on climbing the mountains of their personal battles. Due to health & safety concerns and ongoing environmental works on Croagh Patrick, the campaign cannot facilitate large numbers of people on Croagh Patrick on April 2nd.

We use cookies to optimize our website and our services. For our policies, please visit our Privacy Policy
Manage options Manage services Manage vendors Read more about these purposes
View preferences
{title} {title} {title}